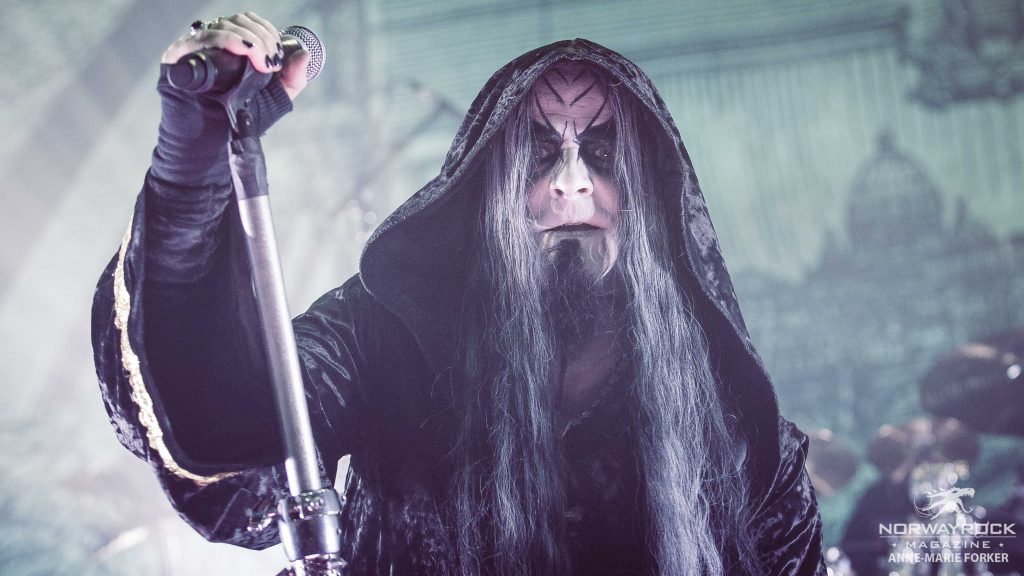 A packed London Roundhouse was the stage for one of the most famous black metal bands in the world, Dimmu Borgir, to end the ‘European Apocalypse’ tour. Shagrath announced that the band were celebrating a special occasion: ‘London, are we alive? We are celebrating our 25th anniversary tonight!’

Earlier this year, the band released their first album in eight years, ‘Eonian’, to mixed reviews. Some, including a few hardcore followers, said the album was too melodic and ‘happy’. How would it sound live? From the start to the finish, it was intense, symphonic, heavy and black. Visually, it was a treat with lots of dry ice and cold lighting.

The set started with the latest album opener, ‘The Unveiling’ and the band played for just over an hour. Shagrath’s ominous vocals, the orchestral background and the drums dominated the sound. The guitars sounded better further away from the stage. Although the orchestral background sounded great and suited the atmosphere, when it lasted for entire choruses in ‘Interdimensional Summit’, the ‘live’ feeling was compromised a little. However, this is a minor criticism and the crowd still sang along. Most of the new material worked really well live. The drumming was relentless and powerful. 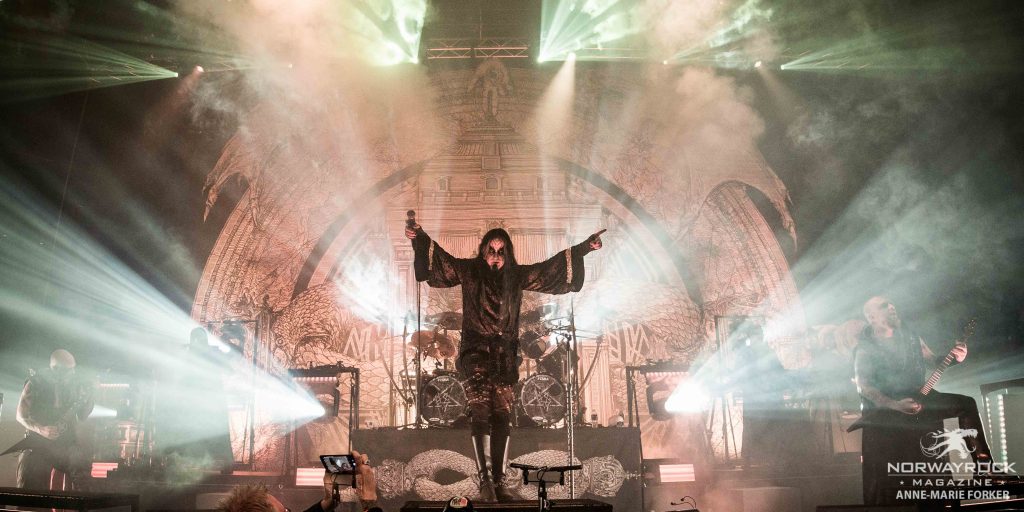 The band then mainly performed works from the 2000s: ‘The Chosen Legacy’, ‘The Serpentine Offering’, ‘Gateways’, and of course ‘Dimmu Borgir’. Shagrath engaged the crowd throughout: ‘You want to hear some more Norwegian fucking black metal, am I right?’

The most enthusiastic responses of the crowd were to ‘Progenies of the Great Apocalypse’ and the monumental ‘Mourning Palace’ near the end. Almost every person was headbanging and pointing at the stage, completely delirious. It is a fact, London loves Dimmu Borgir. Those attending Inferno festival in Oslo in April and Karmøygeddon can have high expectations! 5/6